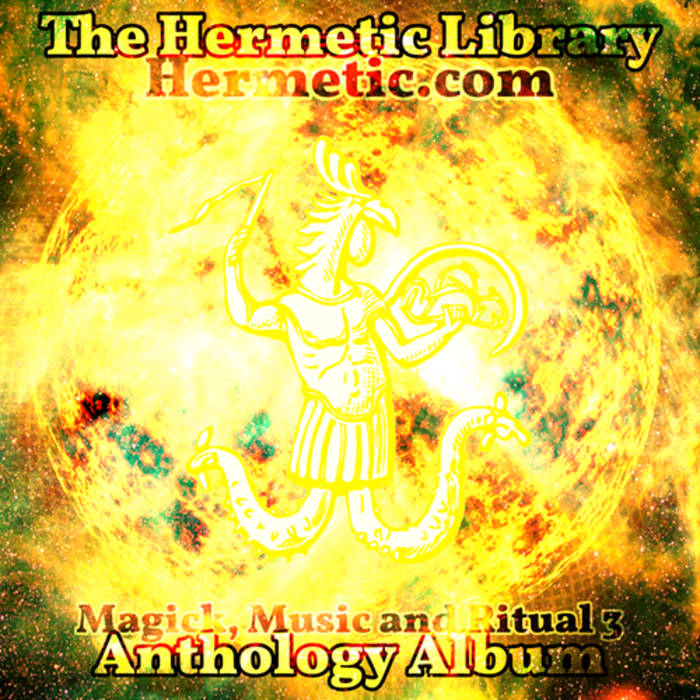 “I can’t remember how I first stumbled on the writings of Nema (founder of Horus-Maat Lodge), but once I started reading I was instantly hooked. Liber Pennae Praenumbra was the initial writing Nema channeled in 1974 and became the basis of her work in self-initiation. Aleister Crowley’s book Magick Without Tears was written to make Magick accessible to housewives, but Nema’s work is that theory in action. Her prose is majestic, powerful and life affirming. ‘Underground Werewolf Scribe Agape’ is my tribute to Nema and her beautiful work.” — J.S.

The Doleful Lions is the brainchild of Jonathan Scott who started the one man project in 1996 in Chicago. Scott signed to Urbana IL's Parasol Records, formed a full band and moved to Chapel Hill to record their debut album called Motel Swim, produced by Mitch Easter (R.E.M., Pavement, Wilco). Scott's own lyrical progression mirrors his own involvement with Magick and the occult. The early albums were chock full of monsters, sasquatches, UFO's and other Fortean phenomena, but the lyrical content became much more focused with the 2005 album Shaded Lodge And Mausoleum, with songs about the Knights Templar (Satanic Blood), The Emerald Tablets Of Thoth (O Martyr Atlantis), and life after death (Slip Inside This Gateway). Jonathan's brother Robert joined him again in 2007 to start working on the follow up to Shaded Lodge And Mausoleum. 2008's 7 was nearly a concept album based on the writings of H.P. Blavatsky and other Theosophic writers, Scott became a card carrying member of the Theosophical Society in 2005 but has since left the group. The Doleful Lions upcoming album is called Let's Break Bobby Beausoleil Out Of Prison! and will be out this summer on Wild Kindness Records.